REAL PEOPLE – My encounter with the artist, Duane Hanson 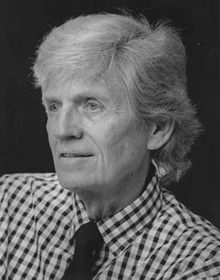 To the best of my recollection, the story goes something like this… it was the wee hours of the morning when the night custodian was passing through the lobby of the building he was tending to. Suddenly he was startled! The hairs on the back of his neck were raised just slightly as he caught the presence of a woman out of the corner of his eye.  He had locked the door behind him after he entered the building, and up until that moment, it was business as usual. But unexpectedly, there she was. A middle-aged, disheveled woman dressed in rag-tag attire and resting comfortably at a nearby table. She appeared to be content, if not deeply consumed, by the bag of personal items that accompanied her.

The women did not offer a reply.

“Can I help you?” he politely asked.

As he approached, the women remained still. Now practically on top of her, the man realized that the intruder was not moving… not at all. His concern grew deeper as he assessed the situation further and determined that she was also not breathing. In his one-piece jumper with his name embroidered in a little circle on his chest, our hero immediately dropped his supplies and streaked to the phone. 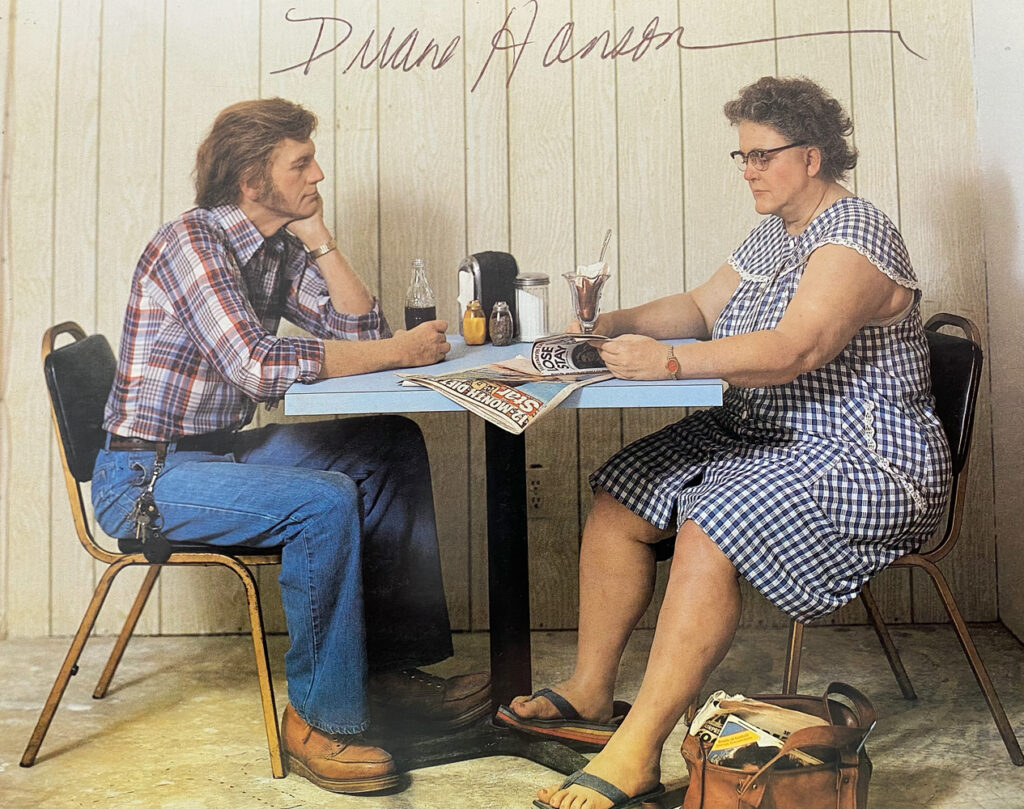 Yes! This story takes place during a time when you actually had to go to the phone. Attached to a wall. With a cord!

As he arrived, breathless, at the phone, he frantically began to dial. Every second would count in a situation like this. The fact that it was a rotary phone made each number he dialed seem like an eternity. “Help,” he exclaimed as he was finally patched through to the authorities! “There is a woman! She’s not breathing!” Desperately, he tried to keep it together as he shared his story with the concerned 911 Operator.

I know it seems dire, but don’t worry. This story doesn’t end tragically (unless you feel bad for the custodian). Emergency services quickly arrived to find that the lifeless woman was actually not a woman at all. The custodian’s Superman-like efforts, as it turned out, would not save a damsel in distress. Though, it did allow the local police and fire departments to have a sneak preview of the buildings’ newest exhibit called REAL PEOPLE.

That is how I came to admire the sculpture of Duane Hanson.

Duane was known for his hyper-realistic depictions of ordinary people. He employed the use of polyester resin, Bondo, bronze, and fiberglass in his work. Mastering a technique that involved casting living people and then painstakingly painting the fiberglass figure with all the imperfections and veins of actual skin. 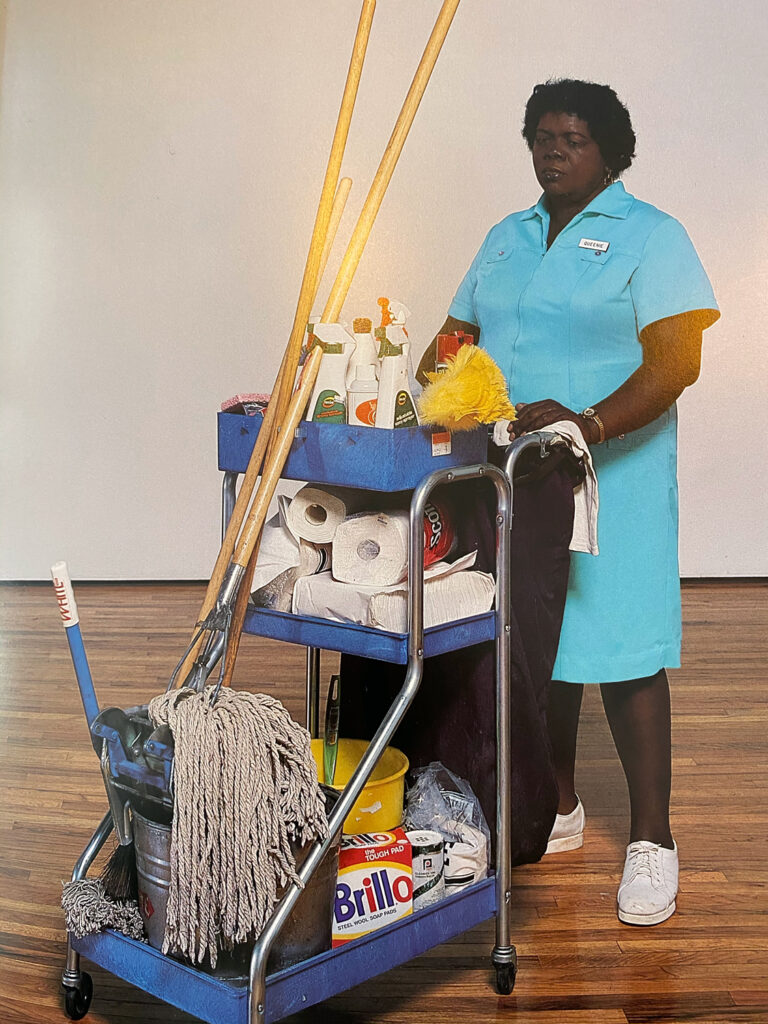 Born on January 17, 1925, in Alexandria, MN, Hanson received his MFA from the Cranbrook Academy of Art in Bloomfield Hills, MI, in 1951. His works can be found in the Smithsonian American Art Museum collections in Washington, D.C., the Whitney Museum of American Art in New York, and the Scottish National Gallery of Modern Art in Edinburgh.

Before his passing, on January 6, 1996, I had the great privilege of meeting Mr. Hanson. He allowed me to write and film a fictional scene in which he and I co-starred for my studies. In the spoof, he angrily denies me entrance into his studio until I offer to treat him to the lunch of his choice. What was not fictional about the film was his kindness in allowing me to come to his studio. And the care he took in showing me the steps involved in the creation of his work. Also strange but true was his request to eat turkey dogs and strawberries for lunch.

“My art is not about fooling people,” the artist explained. “It’s the human attitudes I’m after—fatigue, a bit of frustration, rejection. To me, there is a kind of beauty in all this.” –Duane Hanson

If you haven’t seen the REAL LIFE work of artist Duane Hanson, I recommend pulling your phone out of your pocket and looking him up.